“Taking refuge in the infamous House of Hell has to be the worst mistake of your life! The dangers of the torrential storm outside are nothing compared to the blood-curdling adventures that await you inside. Who knows how many hapless wanderers like yourself have perished within its gruesome walls? Be warned! Tonight is going to be a night to remember…”

Get House of Hell for PC, Mac, Linux, Android and a Steam Key! Simply use the Humble Widget below:

The iPhone and iPad versions are available here.

House of Hell is a digital Fighting Fantasy gamebook, an interactive adventure in which YOU are the hero! You can only win through by choosing the correct path, finding equipment, avoiding traps and surviving combat.
Exclusive new features in the app: 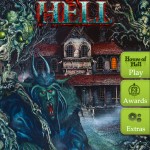 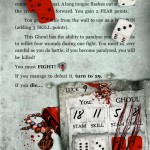 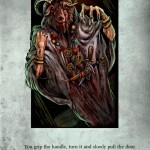 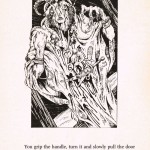 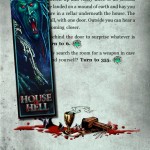 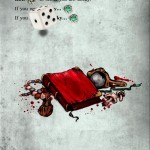 Gamezebo Review– “All the other hallmarks of the Tin Man treatment are also to be found in House of Hell, including an atmospheric soundtrack, good use of multimedia and smooth and easy usability.” – 4 out of 5!

Starburst Review– “This is a faithful port to an electronic format, and it is also packed with features. Old fans will love the nostalgia, and those who have never played this sort of thing before are in for a treat.” – 9 out of 10!

PadGadget Review– “If you have any appreciation for choose-your-own adventure games, you’ll love this app. Fans of the original Fighting Fantasy series of books will absolutely love the iOS version.” – 4.5 out of 5!

TapSauce Review– “If they keep making them, we’ll keep playing them.” – A-

CNET– “In all, it has everything we could want from a Fighting Fantasy port: an authentic and smooth experience reminding us of hours spent over paperback pages, a thrilling narrative with just the right amount of fear and that feeling that something is going to leap out of the shadows at any moment. We can’t wait for the next one.”

BoardGameGeek Review– “There is a lot of good points in this app in portrait orientation, the app looks great, and has no noticeable problems in its workings. The extras, like the achievements, art gallery, background material, and the retro look, are features that the developer didn’t have to do, but went that extra mile.” – 5 out of 5!

Giant Fire Breathing Robot Review– “Ultimately, it’s probably no surprise that I have no hesitation whatsoever in recommending that you buy House of Hell. For the price you’ll be paying, there is a lot of game to be had here. Given its availability on iOS, Android, and Nook, you really have no reason for not being able to play it, either.”

Pixel Perfect Gaming Review– “House of Hell is very engaging; it manages to produce a compelling story that transcends the realm of young adult fantasy game books. It’s also a trip down memory lane for gamers who grew up reading the Fighting Fantasy paperback series. Here’s to Tin Man Games for a job well done.” – A perfect 5 out of 5!